ntent to fracture EU, create distrust of US
TRENTON, Canada

Russia has mounted a fake news campaign that blames the West for the coronavirus pandemic, according to a Canadian report Wednesday.

Professor Sergey Sukhankin from the University of Calgary said in the report, “COVID-19 as a Tool of Information Confrontation: Russia’s Approach,” that Russia is using a three-pronged initiative: simple, tricky and sophisticated messaging.

The simple category targets the segment of the Russian population that is likely to have the least knowledge of the pandemic and reaches them via biased media, bloggers and fake reports from Russians living in North America and the EU to sow discontent with Western nations.

Tricky also uses Russian outlets to sow conspiracy theories, including those that purport to give “evidence” that the virus was created in the United States in an attempt to bring down the Chinese economy.

The propaganda claims the U.S. is trying to block efforts of other countries fighting the virus, noting the Trump administration has drastically cut its contribution to the World Health Organization.

It wants to call attention to the “immorality of anti-Russian economic sanctions in light of COVID-19” and to create dissension among EU countries, hoping to splinter solidarity.

The report says the EU’s External Action Service has uncovered about 80 instances of coronavirus disinformation since Jan. 22.

Sukhankin said Russia has used this disinformation tactic in the Soviet Union era, including a rumor that the U.S. deliberately unleashed HIV/AIDS in a bid to foster global anti-Americanism.

Anadolu Agency website contains only a portion of the news stories offered to subscribers in the AA News Broadcasting System (HAS), and in summarized form. Please contact us for subscription options. 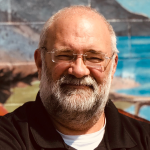